While team blogs are usually penned by athletes, for one of this year’s team blogs, we have asked first year head coach Scott McGrath to provide regular installments describing the inherent challenges of taking over a program which has had 1 coach over the last 20+ years!  Thanks Scott! I was recently hired as a social studies teacher at Oyster River. When I learned that I would also be replacing one of New Hampshire’s outstanding coaches, Greg Gephart, and inheriting a young but competitive team, I was elated. I’ve spent the past 8 years coaching various kinds of runners, but never a group as experienced and competitive.

The boys’ team had been part of a really strong program under Coach Gephart. They had run hundreds, in some cases, thousands of miles within a consistent program. Coaching transitions can be scary. I assumed the team would have an air of “this-is-how-we-do-things-around-here”, and I wondered if the coaching transition might be difficult, especially when the workouts or approach to training differed from the past.

To my relief, the transition has been smooth thus far. The boys have been welcoming and looked to me for direction from day 1. Despite being a young team, they have strong leaders and great camaraderie that I know will help them push through the tougher weeks ahead. This week, through words and actions, I asked them to trust the process, to gain confidence from the work that we do, and to believe, in the face of the unfamiliar, that the plan will work!

A jolt of adrenaline hit me this past weekend when rankings were published.

The boys are ranked 4th in the state and 2nd in Division II. We’re up against a formidable Coe-Brown squad for the division title. Perfect! I always prefer the role of the underdog. It’s one thing to run scared from the front, but it’s entirely more entertaining to give chase. I hope to grow that attitude of the underdog in our team’s persona, rather than allow us to rest on the laurels of the ranking and last year’s work.  I want them to be hungry and humble. You don’t do that by looking at teams ranked below you. While you respect those teams, you direct the team’s attention higher. Suffice to say, we want to give Coe-Brown a run for their money in late October.

Similarly, the individual rankings gave me pause. Senior Patrick O’Brien is the presumed #1 in the state. That’s a lot for a 17-year-old kid to deal with, never mind a coach. Patrick and I have talked at length about his past training, what motivates him, and his successes and failures over the years. I’m lucky in the sense that Patrick possesses the maturity and poise to handle just about any training session. The key will be to develop strategies to deal with pre-race and in-race issues that can come up. I’m a believer in establishing consistent and reliable pre-race routines, from sleep and nutrition to down-to-the-minute warm-up routines. The less an athlete has to think before a race, the better. Business as usual, up to the race start. The ultimate goal for Patrick is Footlocker Nationals. Such a goal means big miles and possibly coming up flat at an invite or two. It means taking care of the “little things” until basically December. 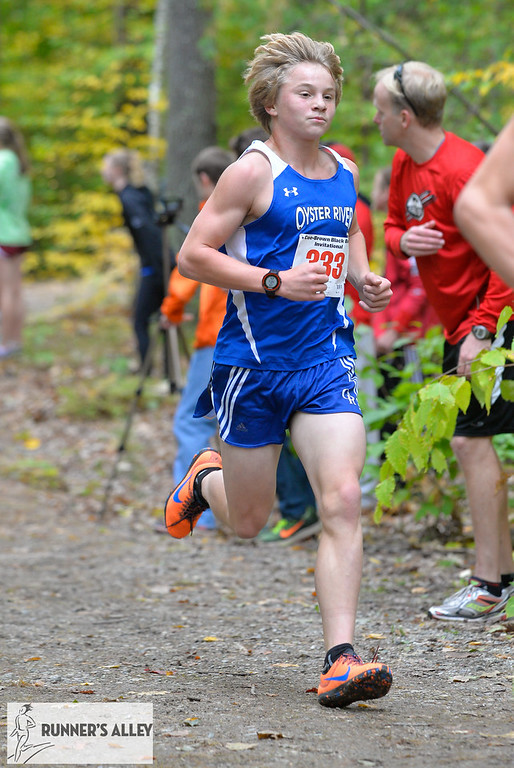 Day 1 with the team meant a workout. It wasn’t very intense, but we needed a small fitness indicator before groups could begin to form. We ran several  1” repeats. We kept the recoveries mercifully long and did only enough repeats to gain insight into each runner’s fitness.

The following day was a maintenance run followed by an introductory core session. I’m a firm believer in core workouts and they will be a major point of focus over the fall. I like core work for the physiological reasons, but I think the most significant aspect of core workouts is the psychological tempering they yield. It requires so much focus, and can be so painful to hold a plank, for example, for anything beyond a minute. The process helps to teach runners to deal with the discomfort of racing in a unique way. Interval workouts can have a similar effect, but you can work the core almost every day of the week.

On Thursday the team ran their first tempo interval session. The interval distance was modest at 500m. Most importantly, the goal was to keep up a strong general running pace on the 500m recoveries back to the start. We warmed up to a place we call horse barns, a well shaded cross country style path, wide enough for a large group to be running at one another, back and forth. The format is fun and motivating because as runners recover they get to see their teammates working and offer encouragement. We had our first “slow clap” of the season as the groups finished their final intervals. Despite their fatigue, the excitement gained from the team’s first true workout was palpable. It’s going to be a good season! By Ian French Pinkerton and Londonderry have had some epic show downs over the years and this year was no exception! Let’s […] And so it begins! The 2019 Cross Country Season, captured in the Mascenic team blog. Before practices even began, some of the […]

Meet Information By Dave Irving With the air smelling of freshly fallen leaves, and to us runners, cross country season, the championship […]