On Tuesday, September 6th, sixteen teams gathered on the Kingston Common for the Jamie Martin Cross Country Invitational hosted by Sanborn High School.  Temperatures were much cooler than in previous years, which lent itself to some fast times on the flat and fast course.  With 600 meters of wide open running to start each race, Julia Robitaille of Manchester West wasted no time stringing the field out single file before the ladies set off into the woods.  By the mile mark, Robitaille held a significant lead over Maddie Vaughn of St Thomas and Claire Ververka of ConVal.  The top three were followed by a pack of runners from Campbell, Hollis Brookline and ConVal, making the early team battle hard to determine.  But by the second mile on the way back Robitaille had a substantial lead, Ververka was extending away from Baughn and the ConVal girls were coming through fast and furious.

In the end, Robitaille would prevail in 18 minutes 48 seconds, with Ververka and Baughn finishing second and third.  Samantha Molinari of Campbell and Kay Partridge of Hollis Brookline would come up and take the fourth and fifth spots.

The ConVal girls would easily dispatch last year’s champions Hollis-Brookline, putting their top three in the top 7 and the top five in the top 23, winning with 50 points.  Campbell would sneak in and take second, scoring 82, while Hollis-Brookline would end up third in this one with 112.

The boys race went out a bit faster with Cameron Starr of Pelham, Cameron Stichfield of Kingswood, Tim Cunningham and Allan Shepherd of Kearsarge and Jake Movsessian of Mascenic at the front coming off the Commons and heading into the state park.  By the mile mark, Movsessian and Starr had opened a gap on the field.  At this point, it was looking like Keasarge was going to run away with it, with about ten guys in the top 30 and no other teams showing that much force up front. 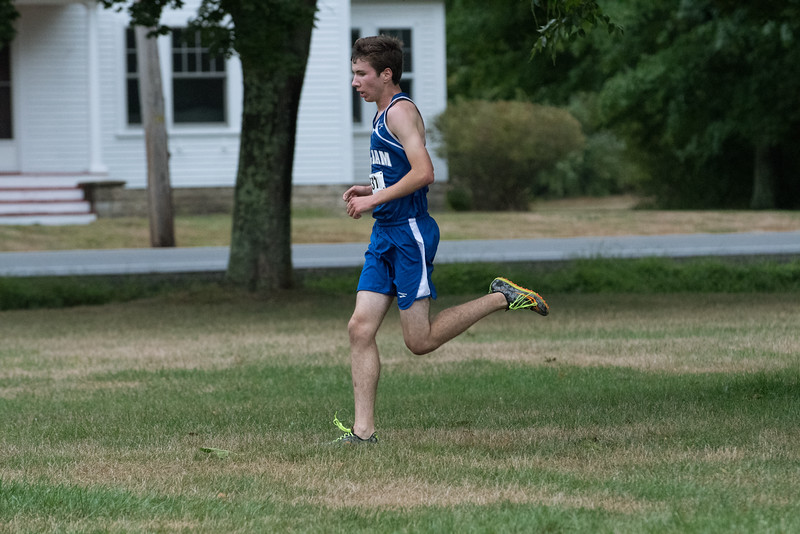 it out to the finish; however, Movsessian was rolling with only one shoe.  Starr was able to capitalize on this fact, to win by five seconds in 16 minutes 28 seconds.  Third in was Campbell’s Jeffrey Allen followed by Cunningham and then Pelham’s Jacob Dorman.

As the bodies piled up in the chute it was abundantly clear that Kearsarge was going to win this thing.  Mascenic was the two-time returning champion, but Kearsarge had six runners in before Mascenic’s number two.  Kearsarge took this one going away with 40 points, Mascenic filling the runner up slot (111) and Kingswood in third (114). By Jim Eakin 2007 NXN Race Video! Another wave of snow and sleet started up again, but all I could think about […] Interactive Results and Finish Line Video at bottom By Mike Smith Once again, both the weather and the racing was hot at […]