Middle School State Championships Meet Hub – relive 2016 and 2017 through pics, videos and interviews!!!  This will be your one-click stop for everything from 2018!!! 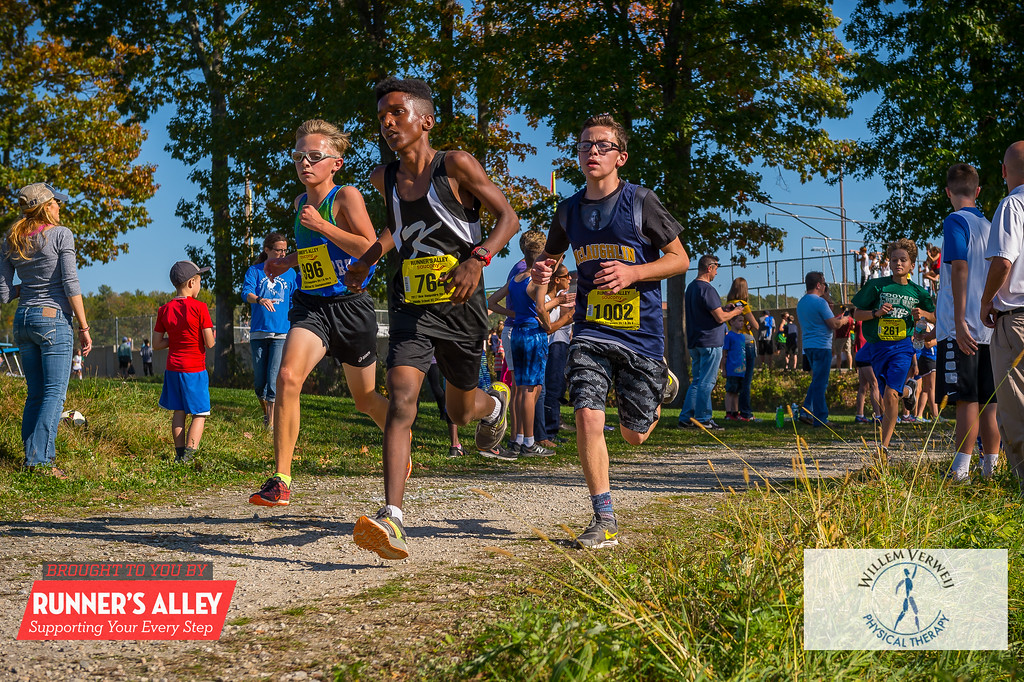 The 45th New Hampshire Middle School State Cross Country Championships will be held this year on Saturday, October 20, 2018. Just like the previous 2 years, because of the sheer numbers that the popularity of the sport at this age level has generated, the meet is again taking place at 2 separate sites.  Londonderry High School will be hosting the Division I and II races and Division III will be held at Coe-Brown Northwood Academy (course map).  As always the professionals of LancerTiming will be timing both events.  NHCC will also be covering both events so expect photos, videos, and interviews!

No team has dominated like Londonderry.   Winners of the Division I Boys Championship eight of the last nine years.  2018 looks as if a new champion will be crowned.  After winning the Capital Classic and Milford Invitational, Rundlett easily captured the Tri-County Division 1 Championship winning by over 40 points.  The next best team looks to be a battle between Tri County Division II runner-ups McLaughlin and Tri-County Division I runner-ups Woodbury.  Hillside, Elm Street, Keene and defending State Champion Londonderry will all have to run their best if they are aiming for the top of the large school contenders.

Tri-County Division I Champion Sean Clegg of Londonderry is the favorite to win this year.  He will be challenged by Rundlett’s big three, led by Quinton Pincoske, Liam Gleason and William Chorlian.  This trio

Not to be blind-sided this year, Woodbury is the best girls’ team in the state irrespective of division.  In 2017, Woodbury was completely off the radar.  Not this year, after stomping on all of the other teams a year ago.   They come in this time as the prohibitive favorite as they easily won the Tri-County Division I Championships last week. Placing 2nd in last week’s championship, Rundlett beat Hillside by a mere point and will clash to decide 2nd and 3rd this week.  Ross A. Lurgio, McLaughlin, Londonderry, Keene, CMS and Dover will strive to leave their mark in the top ten.

After going 1-2 at Tri County, Gabriella Martinello and Lily Thomas of Woodbury would like to go 1-2 at States matching Woodbury’s Bethany Graham and Natalie Coryea 2017 efforts.  If teammate Allison Martinello pops one, it could be even better for the girls from Salem.  Rundlett’s Molly Nyun was 3rd at Tri County last week and will be in the fight for a top three showing again.  Hood’s Emily Hood, who placed third at the Manchester Invitational will be a top challenger along with Devon Booth of Hillside.  Emma Rossi of McLaughlin is the top returner from last year. 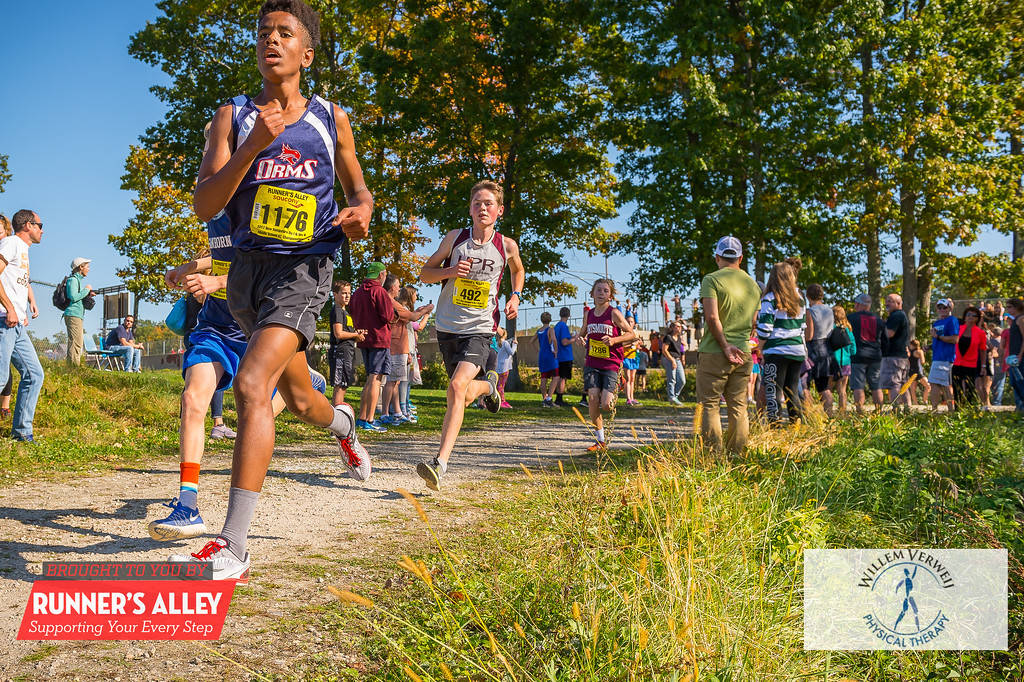 2018 Manchester Invitational Champion Hollis-Brookline added some more hardware to the trophy case last week when they captured the Tri County Division II Title.  This weekend, the stakes are a lot bigger.  When they run to their full potential they, along with Division I Rundlett of Concord, are arguably the best two teams in the state regardless of division. Last year’s Division II State Champion and now 2018 Seacoast Champion Oyster River will battle with Tri County Division III Champion Bow.   Amherst, Kingswood and Sanborn will run for top five showings. 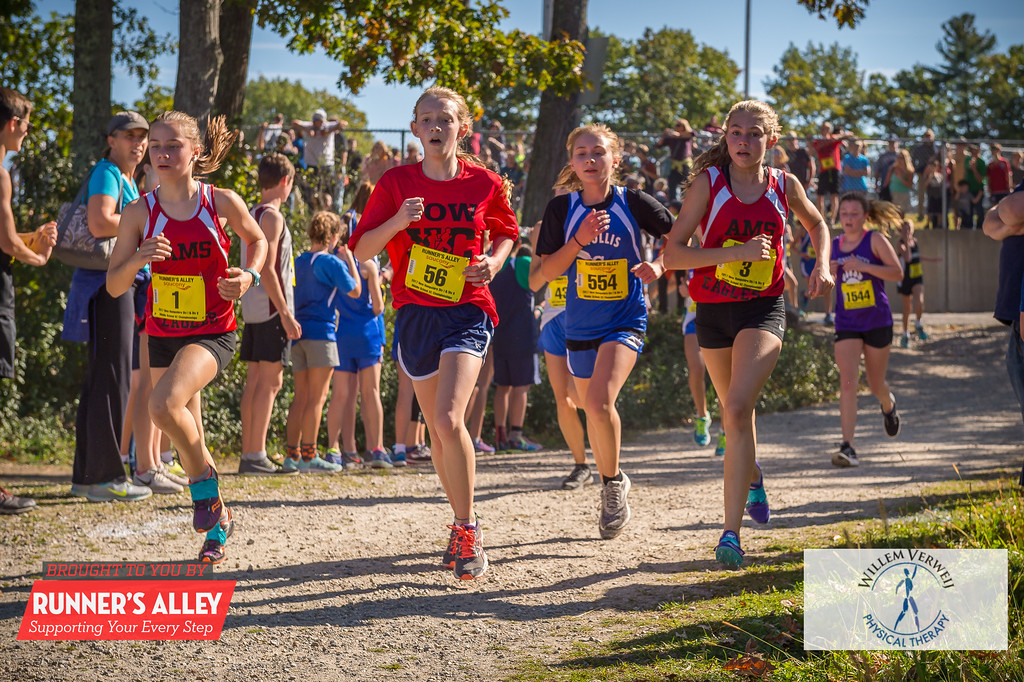 Two time defending State Champion Amherst has all the fire power to make it a three-peat. Winners of the Nashua, Manchester and Milford Invitational, the Amherst girls made it look easy winning the Tri County Division II Championships.  Last year they won states by more than 50 points. They may not be able to match that margin of victory, but should still win comfortably. Seacoast Champion Oyster River and Tri County Division III Bow will battle for second place honors.  Hampton Academy should be in the mix led by race favorite Seacoast Champion Kate Burrus.  Burrus also ran to wins at the Manchester Invitational and Thetford Woods Invitational in Vermont.

Deerfield won the 2017 State Championship by 87 points last year.  This year they won the

Southeast League Championship by a scant 3 points over their cross town rival Northwood. Deerfield has 7 strong runners that should all place in the top 25.  Northwood has a very good chance to go 1, 2, 3 and their 4th will be in the top 20. While these two teams are at war on familiar territory, they better both keep an eye on Tri County Division IV winner Presentation of Mary.  A young and hungry Strafford looks poised to take over the Southeast League next year, but would like to do some damage now. Much improved Barrington and Chichester will be in the hunt also along with Hopkinton, Boynton and Chester. 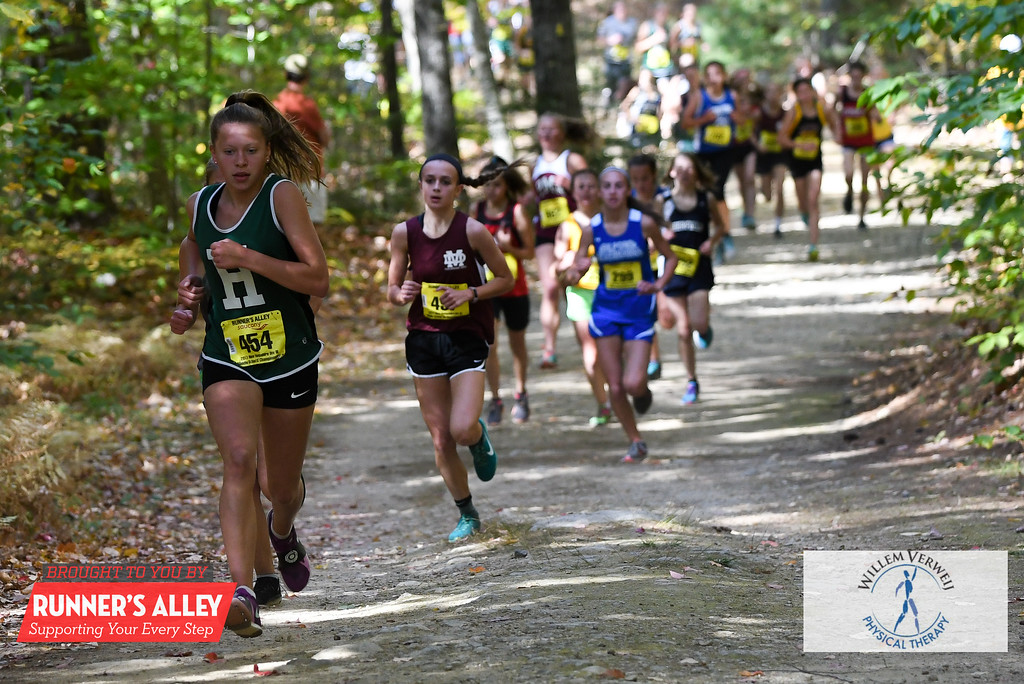 Hopkinton’s Payton Noble will all be chasing down their on aspirations of glory.

Deerfield will look to defend their 2017 State Championship.  After winning the Capital Area, Ocean State, Black Bear and Thetford Woods Vt. Invitational, Deerfield took home their 8th straight Southeast League Championship.  Their biggest competition Saturday is in their own backyard with Strafford and Barrington improving with each race and starting to nip at their heels.  Suddenly Presentation of Mary has put together a formidable force to reckon with fresh off their Tri County Division IV Championship win.  Other teams battling for top five placements are Hopkinton, Auburn and Boynton all separated by 6 points last week.  Newfound surprised everyone last year with a runner-up finish.  Look for them and Plymouth to crash the party again in 2018.

Individually this could be a real close one.  The slight favorite would have to be Southeast League Champion Brianna Malone of Barrington. Strafford’s Mallory Taylor and Sheldyn Fisher, Deerfield’s Bella Lemay and top returnee Sophie Hopkins, Tri County Division IV Champion Hopkinton’s Shaylee Murdough and PMA’s Christina Juris will all scrap for top honors On the flat wooded trails around Campbell HS in Litchfield, many athletes took the opportunity to let it rip for some early […]