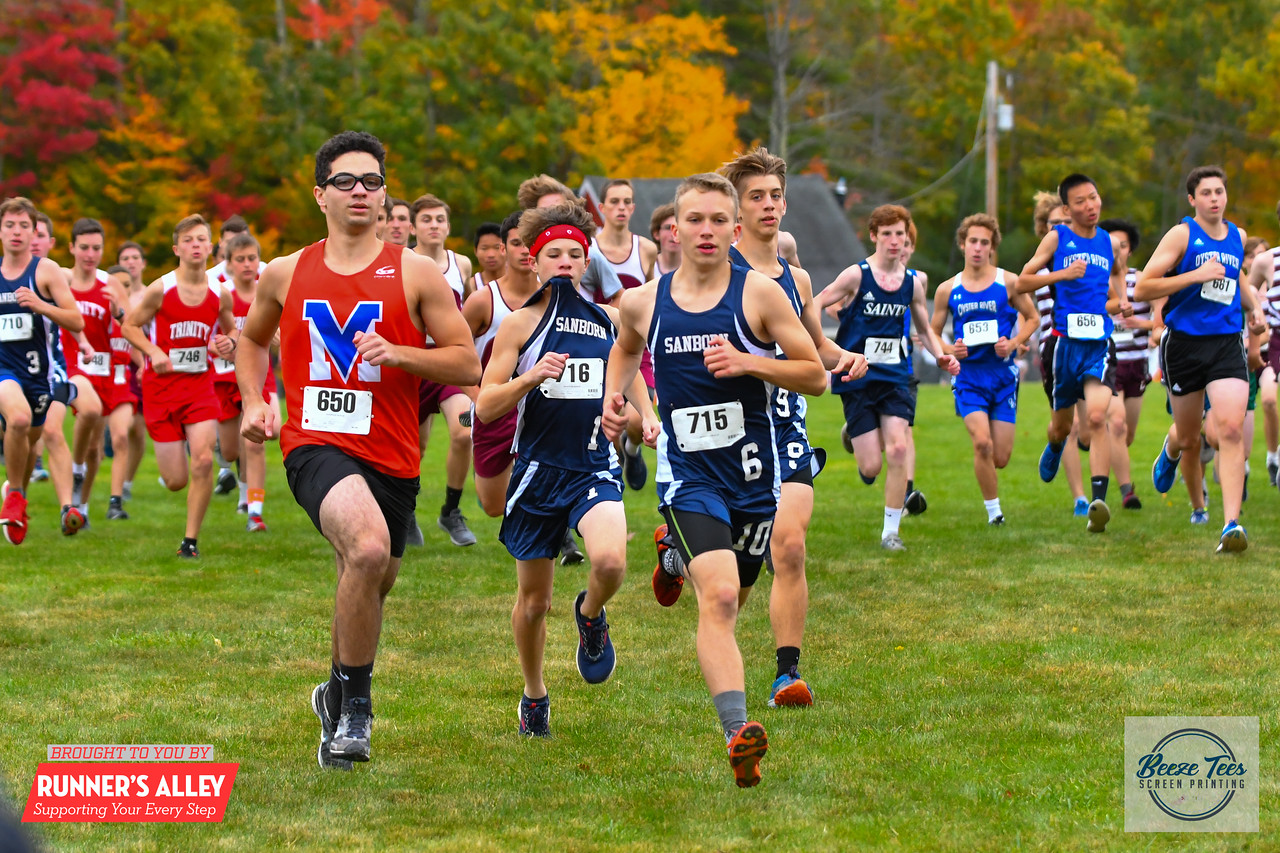 The first day of our eighth week of Mascenic Cross Country began with the infamous Grinder, everyone’s favorite torture session. For those who don’t know, the Grinder is an approximately 1.3 mile stretch of incline that our team uses as a hill workout. The goal is to run the distance as hard and as quickly as you can. Those who finish under the eight minute mark for boys and the ten minutes mark for girls, commemorate their achievement with a t-shirt. Congrats to Zack for doing so!

The next day we had some race prep, including a set of downhills. These downhills started with us leaning forward in the middle of the hill where Smith kept us balanced before releasing us to thunder down the hill as fast as we could to get into the motion of what running downhill should feel like. I really enjoy downhills, as there’s something freeing about running on the verge of no control. However, it can be a little jarring, especially when Smith tells Quinn not to hit the breaks and she ends up tumbling down the hill and scraping her knee.

Wednesday was the Cougar Classic meet at Derryfield. The course had changed since the previous season, with the barren sand pits removed, but still consisted of many rolling hills and decent footing. The new course made for some great runs on both the boys and girls sides. Quinn ran well and finished in fourth, receiving a box of animal crackers. Maya and I finished in tenth and ninth, respectively, having ran much of the race near each other to strategize and work off one another. The rest of the girl’s had strong races as

well, and we hoped to win the first place pumpkin. Sadly, we were nine points behind Newmarket, which placed us in second. We weren’t too disappointed though, as our boys did phenomenal, with their top seven runners finishing in the top eleven, securing the win and earning the pumpkin. Great job boys!

After running our guts out the day before, we were scheduled for a 500s track workout on Thursday. The team had done this work out previously in the season, but the difference this time was our recovery was shorter, while still having the same number of repeats. Despite many of us being tuckered out from the meet before, the workout went well overall, and everyone was able to complete the same number of repeats as before.

Thursday was the last day of scheduled practice for the week, as there was no school on Friday. This gave the team the opportunity to run on our own and explore some different areas. As the weather gets colder and the season begins to come to a peak, we are all anticipating the final weeks leading up to the state championship, eager for what is to come. Volume 4 Week 11 The big one was here. The meet we’ve been preparing for all season was finally upon us, and […]