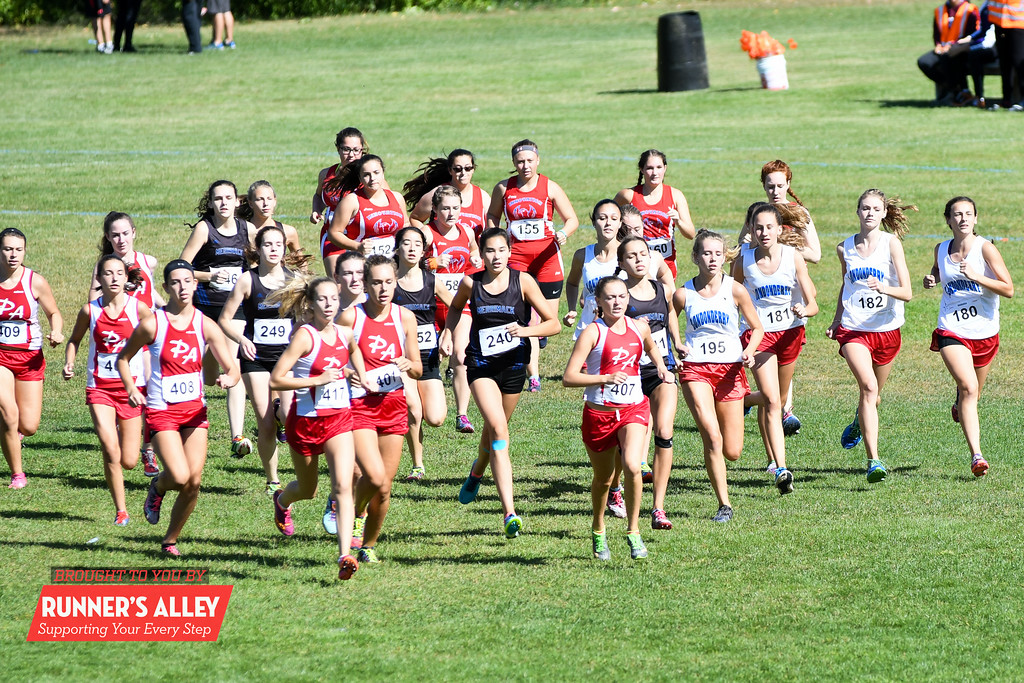 By Mike Smith Photos!  Courtesy of Davio DeLuca On a cool, September day, with threatening clouds giving way to occasional showers, the Nashua North Invitational was rocking and rolling as the Varsity races got going.  With a full plate on the day, the Mine Falls course was in fantastic shape unlike the last time many […]

Pics – Courtesy of Davio DeLuca Results – Courtesy of LancerTiming Interviews and Race Videos coming soon! Record Breaking Day at Nashua North Invitational By Jim MacKenzie On a typical mid-September day, with a lack of wind, an overcast sky and tolerable humidity made for optimal running conditions over the famed Mine Falls course.  Of […]

General Information Courtesy of Lancertiming This Saturday is truly when it all starts!  Ranked teams are running head-to-head between 2 large invitationals and one of them is the Nashua Invite.  The boys race features 4 ranked teams while the girls race has 2, but with several teams which have the potential to be ranked in […]

General Information Courtesy of Lancertiming This Saturday is truly when it all starts!  Ranked teams are running head-to-head between 2 large invitationals and one of them is the Nashua North Invite.  The boys race features 5 ranked teams while the girls race has 2, but with several teams which have the potential to be ranked […] Girls Results – Courtesy of LancerTiming Boys Results – Courtesy of LancerTiming UPDATED PICS! Interviews Below!  Race Videos Soon! As advertised, the 2016 Nashua North-South Invitational had a little of everything: several NH ranked teams battling to close finishes and tremendous individuals cruising to easy wins.  With the girls varsity separating 3 teams by only […]

General Information Courtesy of Lancertiming NHCC.com will be there for photos, livestream (begins at 10:30am), race video and post race interviews! Boys If you were looking for excitement, this young XC season has not disappointed. While every new season comes with surprises the shuffling at the top of the rankings leader board over the last […]

Meet Information Courtesy of Lancertiming The 2015 Nashua North-South Invitational will be bringing together 4 of the top 10 girls’ teams in the state in a fast early season test. Pinkerton Academy (NH #4) will be trying to take the win away from defending champion Concord (NH #6).   Pinkerton has one of the best 1-2 […] Girls Preview Three teams ranked inside the top 10 will face each other Saturday on the Meet of Champions course. Pinkerton (NH#4), Concord (NH#6), and Londonderry (NH#8) all are capable of winning, making noise and shaking up the top ten.  Not to mention Bedford, who currently isn’t ranked, but could possibly be in that top ten for NH, […] Welcome to the first year of the Nashua North Invitational Meet Hub!  The 9th Annual version of the invite which provided insight on the Meet of Champions course at Mines Falls.  What a day it was as while it featured mostly Division 1 schools, the North Invite has grown to also feature middle school races as well.  We were there to cover the action.  Coverage is complete with photos, interviews and race videos below!  Thanks to the meet hub sponsor, DeMeritt Hill Farm!!  Go pick some apples in Lee!!